In the first edition of “PNR.istanbul: Exchange”, new technologies that have been changing the world of design and the emerging markets of the architectural practice will be discussed by globally recognized architects David Gianotten and Melike Altınışık. 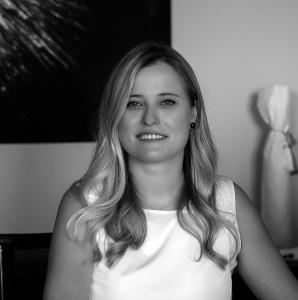 She is an award-winning architect, designer and educator, who is dedicated to develop an innovative approach towards architecture, urbanism and design. Her work aims to develop the relational thinking capacities of the architecture in its relation with design technologies.

Prior to forming her practice in Istanbul, she has worked in London as a Lead Architect with Zaha Hadid Architects (2006-2013).

David Gianotten is the Managing Partner – Architect of OMA globally, responsible for the overall organizational and financial management, business strategy, and growth of the company in all markets, in addition to his own architectural portfolio.

As Partner-in-Charge, David currently oversees the design and construction of various projects including the Taipei Performing Arts Centre; the Prince Plaza Building in Shenzhen; the KataOMA resort in Bali; the New Museum for Western Australia in Perth; the masterplan of Rotterdam’s Feyenoord City and the design of the new 63,000 seat Stadium Feijenoord; and Amsterdam’s Bajes Kwartier, a conversion of a large 1960s prison complex into a new neighborhood with 1,350 apartments.

David led the design and realization of the MPavilion 2017 in Melbourne and the Shenzhen Stock Exchange headquarters. He was also responsible for the end stages of the CCTV headquarters in Beijing. David’s work has been published worldwide and several of his projects have received international awards, including the 2017 Melbourne Design Awards and the CTBUH Awards in 2013. David gives lectures around the world mainly related to his projects and on topics such as the future development of the architectural profession, the role of context within projects, and speed and risk in architecture.

David joined OMA in 2008, launched OMA’s Hong Kong office in 2009, and became partner in 2010. He became OMA’s global Managing Partner – Architect in 2015 upon his return to the Netherlands after having led OMA’s portfolio in Asia for seven years. Before joining OMA, he was Principal Architect at SeARCH in the Netherlands.

David studied Architecture and Architectural Engineering at the Eindhoven University of Technology, where he has also served as a professor in the Architectural Urban Design and Engineering department since 2016. Additionally, he serves on the board of the Netherlands Asia Honors Summer School.

Bart is Consul General for the Netherlands in Istanbul since August 2017.

From 2013 to 2017, Bart was Director for European and International Affairs at the Netherlands Ministry of Infrastructure and the Environment. During the EU-presidency in 2016 and beyond, he was actively involved areas as climate policy and adaptation, water management, circular economy and smart and green mobility.

From 2009 to 2013, being based in Los Angeles and San Francisco, he was Consul General for Netherlands in the 13 westernmost states of the United States, focusing on mutual investments in innovation, water management, renewable energy, food, nutrition, life science, health and creative industries.

From 2003 to 2009, Bart was Director for Foreign Trade and Investment at the Ministry of Economic Affairs and Secretary of the Dutch Trade Board, being at the forefront of private-public cooperation designed to increase Dutch competitiveness in globalizing markets.

Throughout his career in the eighties and nineties Bart held several functions at the Netherlands Ministries of Foreign Affairs, Economic Affairs and Finance. He has been involved in the creation of the European Market and the Economic and Monetary Union, in assisting new member states in Eastern Europe to adapt to EU requirements and in positioning Dutch business in these developing markets.

Mr Bart van Bolhuis holds a Master’s Degree in European and International Law from the University of Amsterdam.